King of the Khyber Rifles 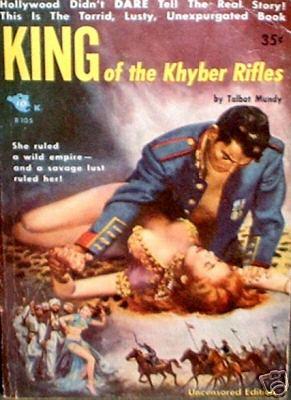 King of the Khyber Rifles is a novel by British writer Talbot Mundy. Captain Athelstan King is a secret agent for the British Raj at the beginning of the First World War. Heavily influenced both by Mundy's own unsuccessful career in India and by his interest in theosophy, it describes his adventures among the (mostly Muslim) tribes of the north with the mystical woman adventuress Yasmini and the Turkish mullah Muhammed Anim.

King - of the Khyber Rifles

Cover
A romance of adventure

Book 4 in the Yasmini series