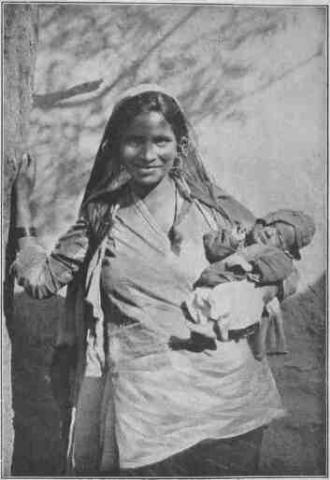 Katherine Mayo (27 January 1867 – 9 October 1940) was an American researcher and historian. Mayo entered public life as a political writer advocating White Anglo-Saxon Protestant Nativism, opposition to non-white and Catholic immigration to the United States, and opposition to the recently emancipated African-American laborers. She became known for denouncing the Philippine Declaration of Independence on racialist and religious grounds, then went on to publish and promote her best-known work, Mother India, where she opposed Indian Independence from British rule. Her work was well received in British government circles and among American Anglophile racialists, but was criticized by others for perceived racism and Indophobia.

Mother India, published in 1927, was a polemical book by the American author Katherine Mayo. In her book, Mayo attacked society, religion and culture of the country of India. Written against the Indian demands for self-rule and independence from British rule, the book pointed to the treatment of India's women, the untouchables, animals, dirt, and the character of its nationalistic politicians. Mayo singled out the allegedly rampant and fatally weakening sexuality of its males to be at the core of all problems, leading to masturbation, rape, homosexuality, prostitution, venereal diseases, and, most importantly, premature sexual intercourse and maternity. The book created an outrage across India, and it was burned along with her effigy. It was criticised by Mahatma Gandhi as a "report of a drain inspector sent out with the one purpose of opening and examining the drains of the country to be reported upon". The book prompted over fifty angry books and pamphlets to be published to highlight Mayo's errors and false perception of Indian society, which had become a powerful influence on the American people's view of India.

This book is cleverly and powerfully written. The carefully chosen quotations give it the false appearance of a truthful book. But the impression it leaves on my mind is that it is the report of a drain inspector sent out with the one purpose of opening and examining the drains of the country to be reported upon, or to give a graphic description of the stench exuded by the opened drains. If Miss Mayo had confessed that she had come to India merely to open out and examine the drains of India, there would perhaps be little to complain about her compilation. But she declared her abominable and patently wrong conclusion with a certain amount of triumph: 'the drains are India'.

Author of
"The Isles of Fear"

To
The peoples of India
and to
That Indian field
Laborer
Who once, by an act
of
Humanity,
Saved
My life

"This is a sketch of the ordinary course of manners, administration, and customs, so far as appeared to me to be possible...A description cannot be so complete but that some one may say that he has on one occasion seen or learned something contrary to it; and consequently when such chatterers talk, my [readers] will recognize that absolute concordance is impossible of attainment."