Hira Singh's Tale: When India Came to Fight in Flanders 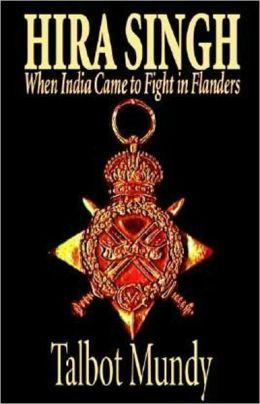 Hira Singh (or Hira Singh : When India Came to Fight in Flanders) is a short novel by Talbot Mundy, originally published (under the title Hira Singh's Tale) as a four-part serial in Adventure Magazine in October and November 1917, and published in book form in 1918 by Cassell (London) and Bobbs-Merrill (Indianapolis). The hero of the story is a Sikh officer, Ranjoor Singh, an earlier adventure of whom is recounted in the novel The Winds of the World.