History of Indian Philosophy, A 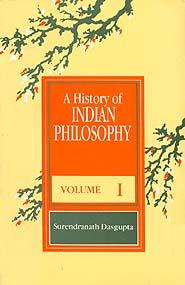 In this benchmark five-volume study, originally published between 1922 and 1955, Surendranath Dasgupta examines the principal schools of thought that define Indian philosophy. A unifying force greater than art, literature, religion, or science, Professor Dasgupta describes philosophy as the most important achievement of Indian thought, arguing that an understanding of its history is necessary to appreciate the significance and potentialities of India's complex culture. He also offers an examination of the Bhaskara school of philosophy, the Pancaratra, the Arvars, the Visistadvaita school of thought, the philosophy of Yamunacarya, the Ramanuja school of thought, Nimbarka's philosophy, the philosophy of Vijnana Bhiksu, and the philosophical speculations of some of the selected Puranas.